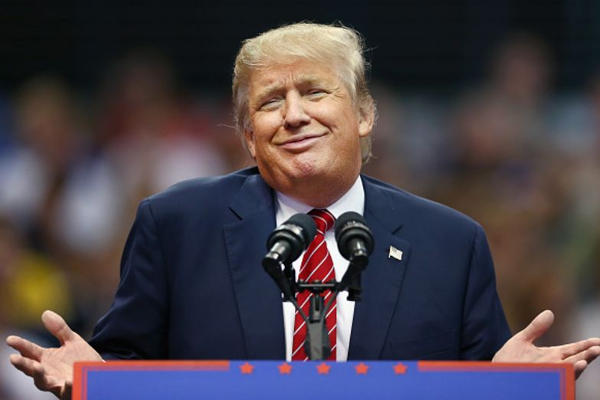 Today, only a few hours ago, a three-judge panel of the San Francisco based US 9th Circuit Court just announced its official ruling on the appeal filed by the Department of Justice over a "Temporary Restraining Order" (TRO) issued by a lower court that suspended the implementation of the President Trump's Executive Order banning admission of certain immigrants from 7 predominantly Muslim countries for a period of 90 days, following a telephonic hearing the night before.

The original TRO issued by the US District Court in Seattle, WA against the implementation of Trump's Executive Order 13769 which has these following main provisions, effective immediately and nationwide, too:

1. it bars for 90 days anyone from Iraq, Iran, Libya, Somalia, Sudan, Syria and Yemen from being admitted to the US

2. it bars for 120 days anyone granted refugee status from being admitted

3. it permanently bars Syrian refugees, and

4. it gives preference to refugees from minority religions (such as Christians fleeing majority Muslim countries)

The states of Washington & Minnesota sued Trump, arguing that this Executive Order was both unconstitutional and contrary to existing US laws.  They argued that many of the persons barred from entry or reentry to the US had meaningful relationships with, for example, the University of Washington and that therefore, these two states have a public policy and financial interest that are affected by Trump's order. Both the District Court and the Ninth Circuit Court of Appeals agreed.

A. that Trump's position is that the Court's cannot suspend his Executive Order AT ALL, even if it is unconstitutional.  Citing Zadvydas v. Davis (2001), which holds that even illegally present aliens have the right to freedom from unlawful detention and the right to due process and habeas corpus, the CA9 completely rejected this argument.

B. that in order to overturn the TRO, the burden of proof is on Trump to show that he is ultimately more likely than not to prevail in implementing the Executive Order AND that if he is restrained from doing so, the US would suffer an irreparable injury.

The CA9 held that Trump is not likely to prevail AND that the irreparable injury was in fact being done to people who have lawful claims of right to enter or return to the US, including LPR (lawful permanent residents) and other visa holders, not to the government.  Because neither of these factors favored the Executive Order, the TRO would not be lifted.

The CA9 found that Trump's election year statements about banning Muslims was evidence it could consider in determining that a principle motive of the Executive Order was to discriminate on the basis of religion (against Muslims) AND that the changes to refugee admissions policy in the Executive Order were a violation of the Establishment Clause of the US Constitution (which prevents the government from favoring one religion over any other).  These were additional reasons why the TRO was appropriate.

The CA9 ruling is NOT a final decision on whether or not the Executive Order will survive this law suit--it merely holds that the reasons that the District Court issued the TRO are justified.

Further, Yu, South & Associates wants to point this out that the original District Court's TRO is ordinarily effective for 14 days but it certainly can be extended.

The government now has a choice. They can certainly take the case to the Supreme Court but a ruling by the Supreme Court before the actual hearings by the District Court on the merits of the case is not likely. So, it is possible the government might just wait for the 14 days to expire and fight the case on merits at the District Court hearings. However, this is no ordinary President we are talking about here and, believe or not, he has just TWITTED the following:

It certainly sounds like the President is planning to appeal this latest ruling by the 9Th Circuit Court to the Highest Court of the Land, the US Supreme Court!

Yu, South & Associates are following this historic event as it develops and will bring you the latest updates while it happens. If you have any questions about this article or have a specific question about the immigration ban or immigration law in general, you can email your questions to us at: This email address is being protected from spambots. You need JavaScript enabled to view it. and our experienced US immigration lawyers are standing by to respond to your inquiries personally and promptly, usually within 24 hours, if not sooner.

Yu, South & Associates Where YOU Matter Most!